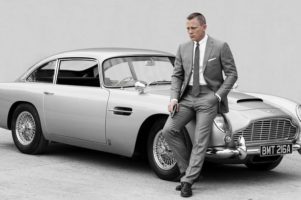 What’s your definition of a rich man? Is it an endless amount of money? Maybe it’s an expensive car or a big house? For me and what I think it’s not money and material objects, sure that might play a factor. For me, it’s the endless amount of time and the opportunities they put themselves in and try and open up.

Some people are born into wealth and they ride that expensive car all through there life. Never will have to work a day in there life. Some people like me for example. My parents, I don’t want to say rich or come off that way. My father owns his own business, so when things were going well money was coming in. When things were slow, and people were not sending in checks or he was not getting new business. Well, things were slow and he wasn’t getting paid, multiple times as I was growing up I was worried. There have been multiple times where things were very tight and it was a little scary at times.

The Stuff That Matters

My parents weren’t wealthy, what they lacked with endless amounts of money, they made up for in other areas. We have a roof over our head, food, water you know the stuff that we all take for granted some days. We had that, so that was very important.

As I was growing up over the years, and trying to figure out who Peter is and what I want to do? Right now, I’m far from rich and money, we aren’t even in the same zip code at the moment. I’m just squeaking by right now, with everything I’m trying to build right now and the hours I’m putting into my two jobs at the moment. I have a lot more work to do if I want to be labeled as a “rich man.”

For me, I don’t want to be your typical rich man. Sure do I want to have money and make sure if something comes up I can take care of that situation or help out my family or whatever that issue is, of course, who wouldn’t want that? For me wanting to be labeled as a rich man, that title goes way beyond objects and money. I want that title for the time, and what I give to the world. That’s the label I want, time is so precious and we waste so much of it every day.

Time is the one thing we can’t buy, and the one thing that doesn’t have a price tag. If you ask me what I think the definition of a rich man should be. It goes beyond a person’s net worth or the items he owns. When it comes to time, every single one of us is equal, and on the same level. It doesn’t matter who you are, we all have the same 24 hours every day, seven days a week.

That’s how a man and the definition of a rich man, or women should be defined as. We all have different backgrounds issues and roadblocks along our path every day. What the successful do is they find a way to win, and they don’t make excuses. Whatever comes up in front of them, they work there way around it, over it and if that doesn’t work, they plow over that sucker. They don’t let anything get in there way, they are committed to winning and already have there mind made up.

It Starts WIth One Step

That’s what we all need to start doing more, don’t just settle and look at how big that hill is we have to climb. You have to start somewhere and all it takes is one step to start? After you take that first step, then take another, and another and so on. If it takes you three years like how long my book has taken me, then who cares it takes three years? Some people in that time, maybe it would have taken them two years or a year and a half, the amount of the time is not the point. What is the point is were all different and are all in different paths and heading different directions? What’s not different is the amount of time we have every day to work on that hill.

If your committed and really committed then prove it, get up early and do what you need to do. Stay up that extra hour at night to work on that project. Right now you might see it as one extra hour a day, that’s seven hours a week if you do that for 31 days straight that an extra 31 hours put into whatever project it is your working on. After one month those 31 hours, don’t sound so bad and seem pointless anymore, does it?

Everything I just shared and talked about that’s the kind of wealth I want and the title I’m looking for. Sure an endless amount of money and toys would be awesome and fun of course. You know what would be better if you have nothing or just getting by like me right now. You go on to build something bigger than you ever anticipated? We all have different goals and focused on different things in life, and all have different motivation pushing us. That’s fine that’s what makes life so interesting. All I’m trying to do is show you a different approach you could use for life.

The number of opportunities in our life right now and in the world is endless. It’s almost 2018, we shouldn’t be making any more excuses anymore. I’m trying to change my mindset and bad habits for the greater good to help people. What do you need to change?

One thought on “Definition Of A Rich Man”