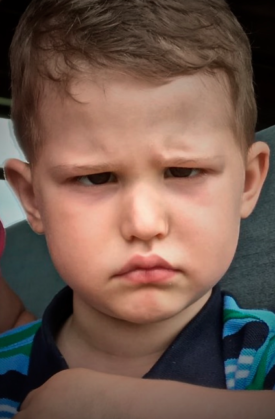 Anger is I don’t want to say a skill or talent I have mastered at a young age. More along the lines of a bad habit you could say. Now yes there can be some pros to having anger or an angry mindset. It’s very few, the cons definitely outweigh the pros.

I’ll save you the details but if you haven’t noticed there’s a trend here. All of the issues that I have developed over the years. My anger started when I was six. Not far behind a lack of confidence, bad attitude and sarcasm all were building up and trailing behind. It all began when I found out I was different and I had a disability. Again I’m trying not to complain here. More along the lines of just opening up about it from a different perspective.

As far as the pros with anger and having that attitude and roughness that comes with it. If that’s what you’re wondering this is what I’m talking about. Having this cloud over me and being different my whole life. When it was time for me to work and I actually put in the effort. I had to work harder than everyone else. In order to just keep up with the class, I had to work twice as hard and I would still get worse grades. With that work ethic, I had developed at a young age that carried over to me now. Being in the best shape I have ever been, the smartest and most determined I have ever felt.

The twenties are a hard age group, you’re just finishing up college or you have been out of high school for a few years. You are trying to find yourself, trying to find direction and what it is you want to do and where you want to go. For me, the last six or seven years have been harder than my prior 20 years. Now where I am in life, my determination and anger that I have are what helped take me over the edge. Again if you use anger the right way, to help drive you to be successful and push yourself to better yourself.

On the flip side, if you let it and your emotions get the best of you then it can be one of your worst enemies. In my early years, my anger definitely got the best of me and had control over me. I was a puppet to anger; if it told me to do this do that, jump here. Following those directions, no hesitation I couldn’t help it. I was weak and soft and at a low point. I couldn’t control it and try and fight back. It was a battle day in and day out, and a battle I lost on a regular basis.

There were times when my anger got so bad, all I wanted to do was break stuff, or hit something. My parents noticed it and I’m sure they were worried for a while because they saw it from a different perspective then I did. Just imagine if they knew what was really going on in my head, they would have been a lot more concerned.

MY parents actually got me a punching bag for Christmas one year. I had an excuse to hit something and let out that rage that was building and forming within me. I would picture what or who I wanted to hit, and not get in trouble for breaking anything or punching a wall. It was a battle against my mind, even though I was punching the bag. I felt like I was punching and fighting my faults and my frustrations that were controlling me daily.

As I’m writing this, I can’t say I have concurred my anger. To be honest, I don’t think I ever will. Deep down I’m always going to have that rage and anger deep within me. Now one plus about it is, I’m starting to hold the rains and starting to take control. I’m still human and filled with emotions.

Say something happens to a family member because of somebody else making a stupid mistake. They get hurt for what the other person did, it’s natural and our instinct to want to do whatever we can and protect the ones we love. It doesn’t matter who you are, as humans, men, women, Christians or non-believers. Deep down we all have that instinct to help those that are down and vulnerable. The thing is what will you do about it when the time comes to use your power to help others? Some will act and try to help, some will just roll by and pretend like it never happened or they didn’t see anything.

With everything I said. Are you the one being controlled, or are you the one doing the controlling? We have our faults and we get caught up in the moment when we are being backed into a corner. Were human, not using it as an excuse.

Life is like a chess game, have you ever thought about it like that? We start taking little steps in life trying to find our feet and figure things out. As life goes on we get older and start to get farther into the game we’re playing. Things start to happen, roadblocks come along we start to get bills and stress is starting to build up. How we react to everything that’s being placed on our lap or in front of us, is just how you respawn with your next move in chess.

Are you going to take a gamble and a risk or just play it safe and take the easy route and step by step? There’s no right or wrong answer here, only you can answer for yourself. We each have are on board and making our own moves in our game that we call life. What are you going to do with your life bored?

Where Are You Going

I’ve taken the easy route for far too long, and look where it got me? Now I’m picking it up a notch and changing my approach. I have become more aggressive and willing to take chances. Take those aggressive moves and leaps of faith to pursue new things.

Again as much as it scares the crap out of me, and trust me it does. I would rather take a gamble on something. Try and do something worthwhile with the reaming time I have left.

Now my anger is driving me and helping to push me and guide me. When I don’t feel motivated. Whenever I start to change directions and veer of course. My anger and determination give me a good slap to the face to remind me what the goal is. Do you know what you’re doing, and the direction your heading?